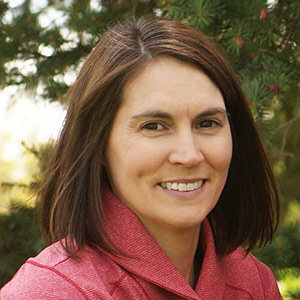 Micky is the data manager and estimator for BluePrint as well as a feature writer for many of our magazines. She grew up on a commercial cow-calf, yearling and hay operation in central Nebraska, and was active in 4-H and FFA, showing cattle and sheep. Micky earned her degree in agricultural journalism from the University of Nebraska-Lincoln and has spent more than a decade working in the agricultural publication industry. Currently, Micky, her husband, Kolby, and their son, Miles, are the fifth and sixth generations on the family farm in eastern Nebraska where they own a 300-head show sheep operation.

Fun fact: Micky has entered two Dachshunds in wiener dog races and, while she says they have both failed miserably, she has never had more fun than when she has participated in a wiener dog race.

We also use third-party cookies that help us analyze and understand how you use this website. These cookies will be stored in your browser only with your consent. You also have the option to opt-out of these cookies. But opting out of some of these cookies may have an effect on your browsing experience.